Books in the series 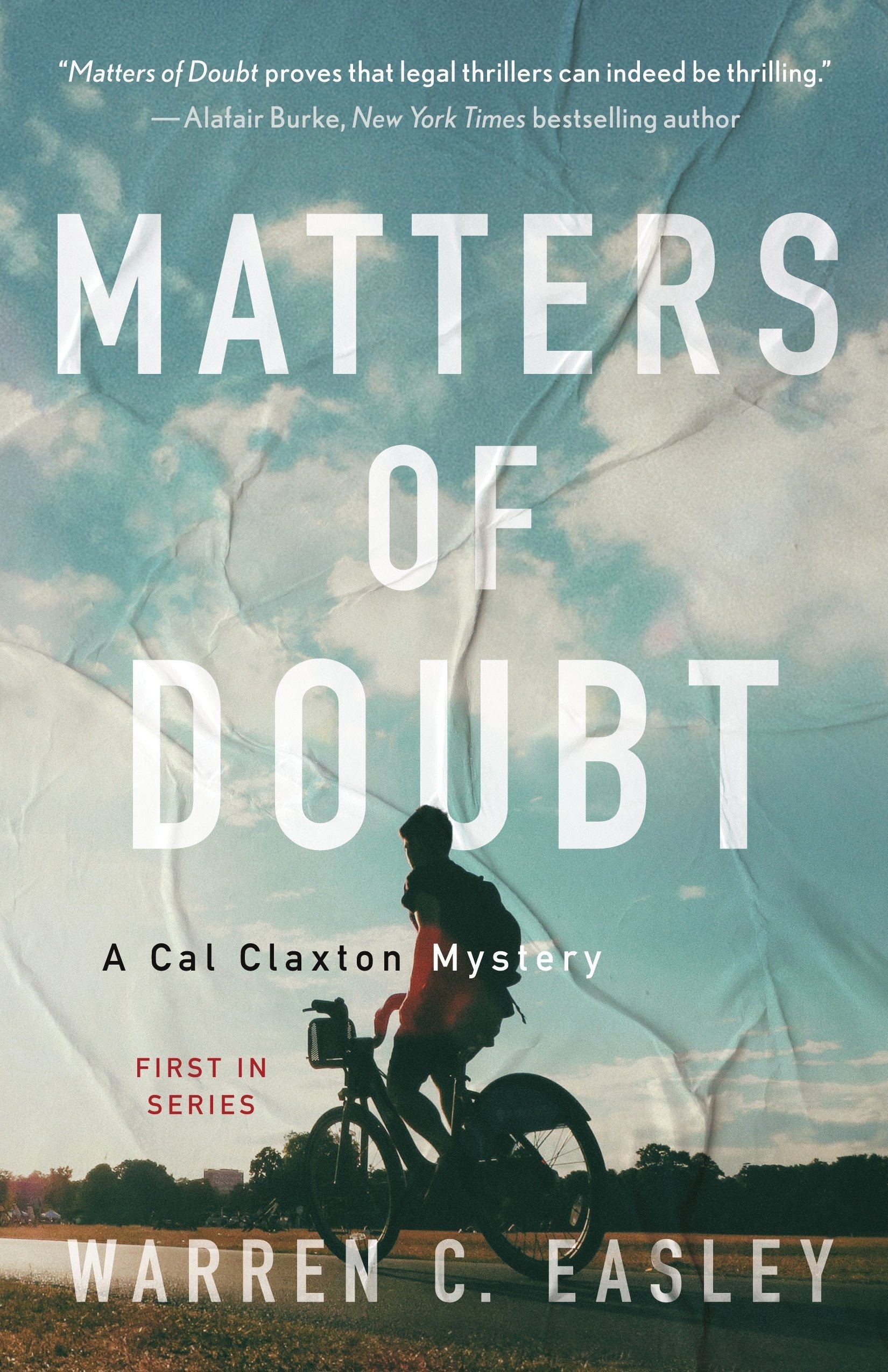 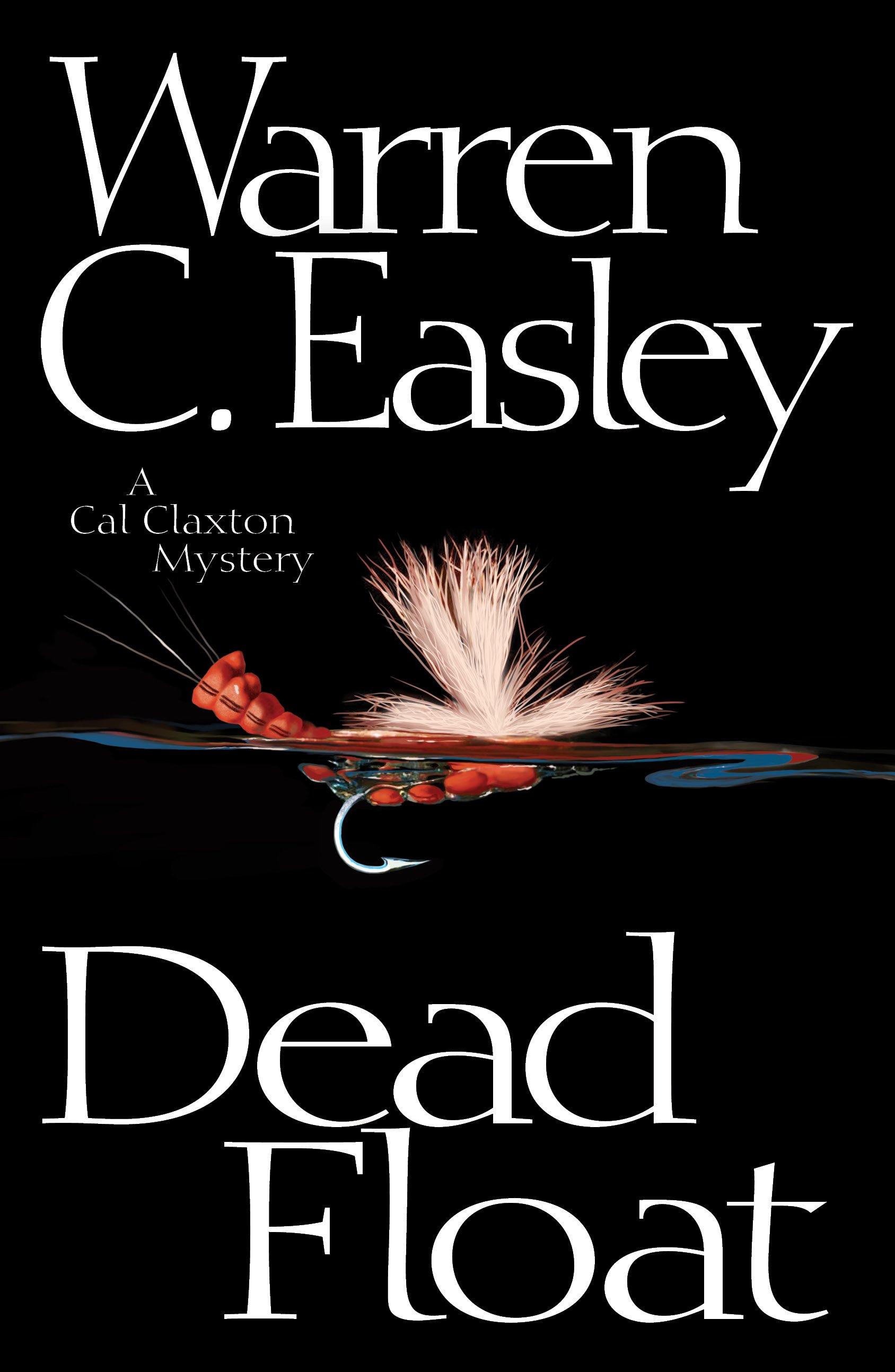 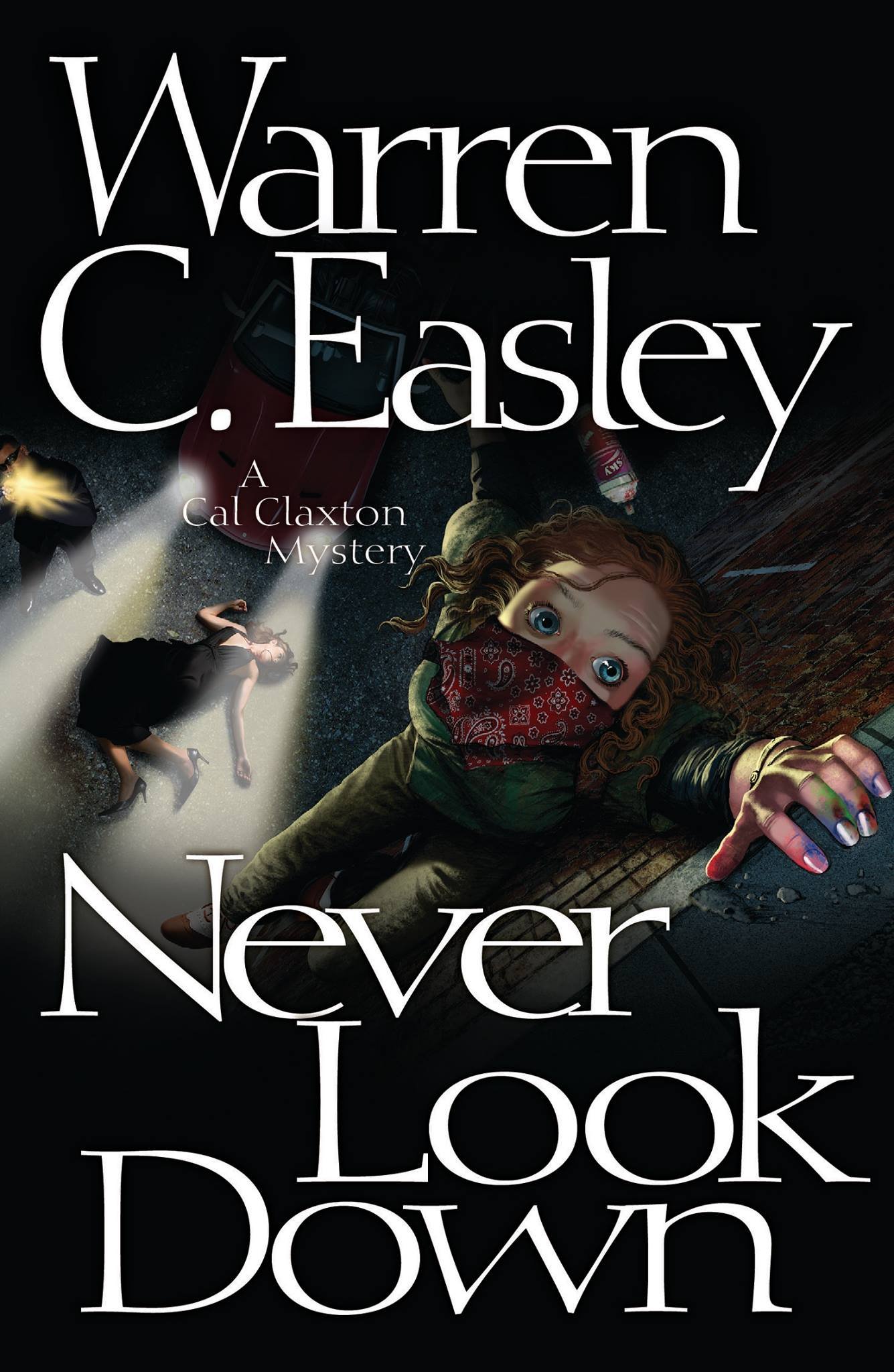 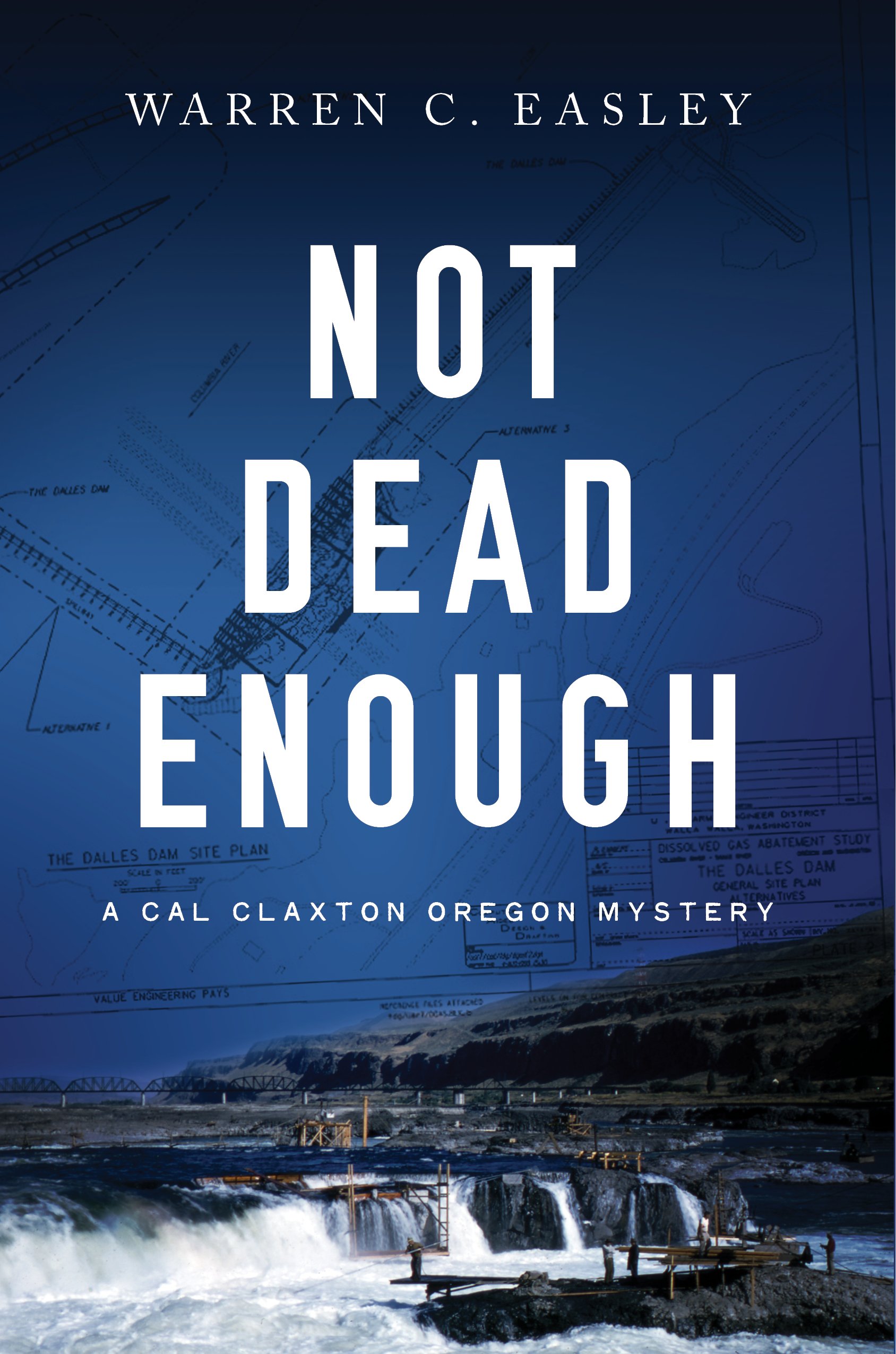 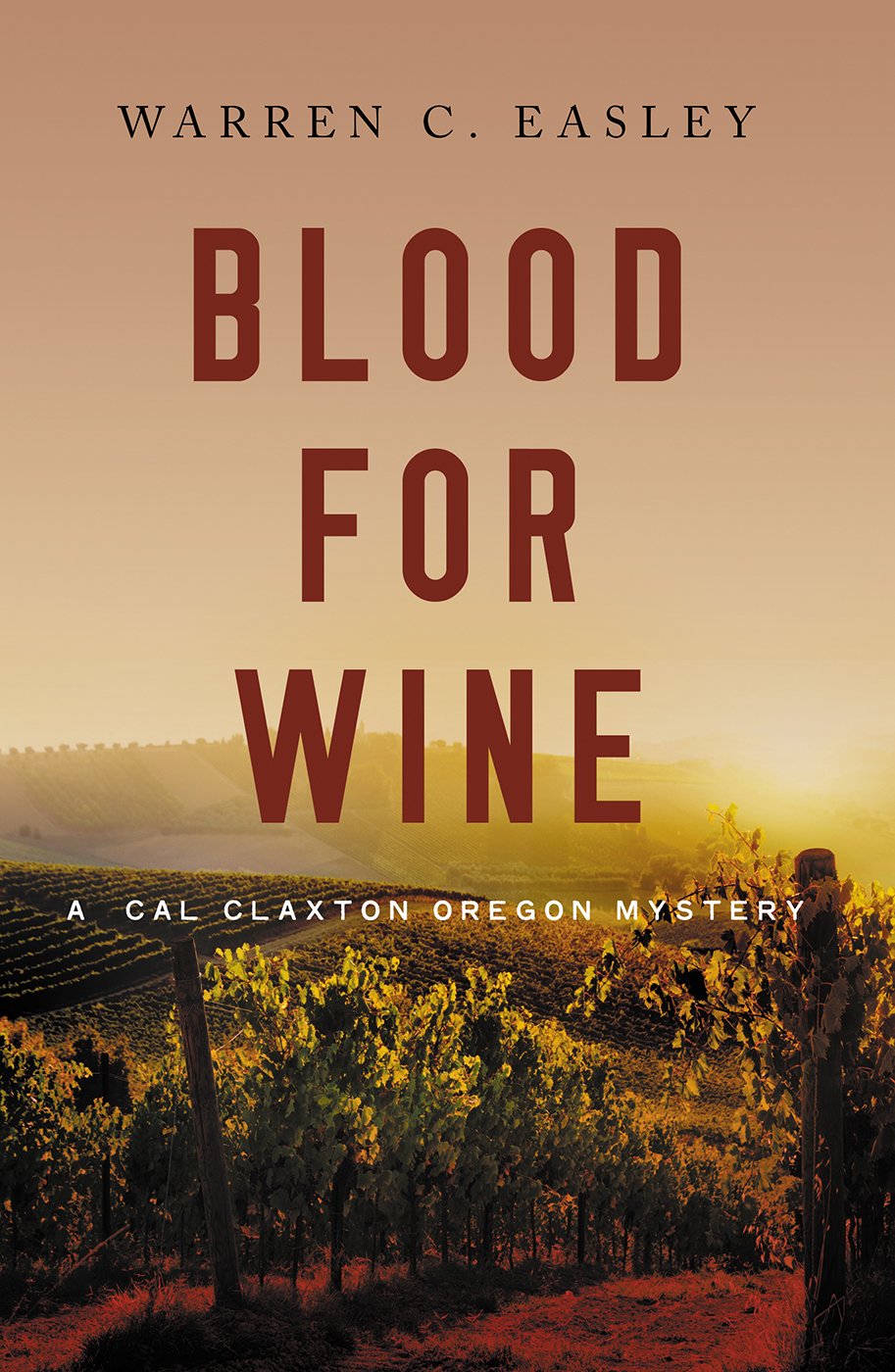 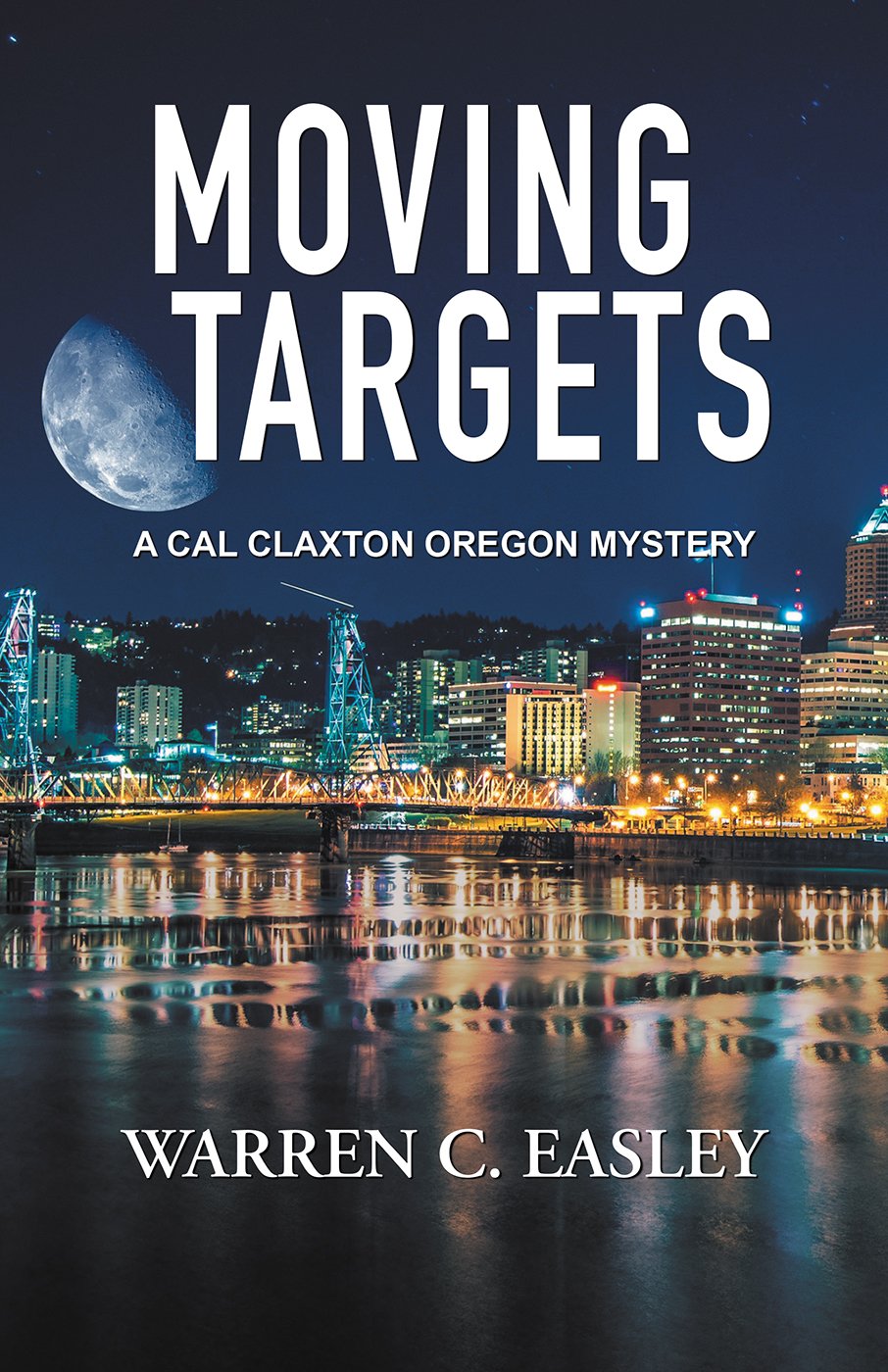 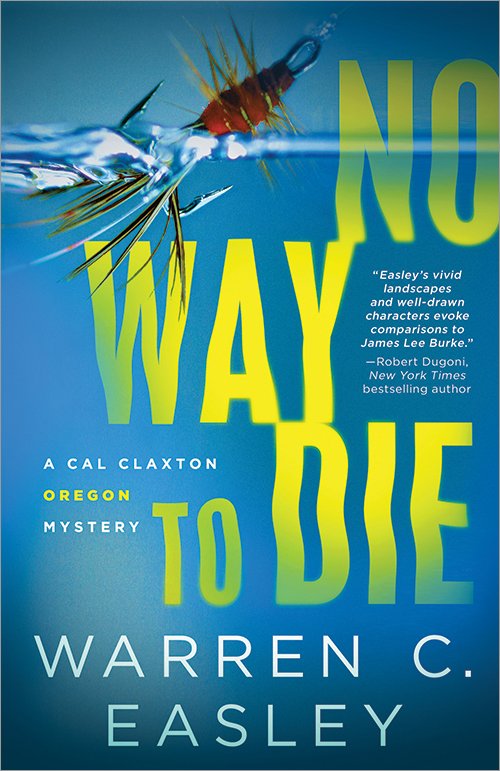 NO WAY TO DIE 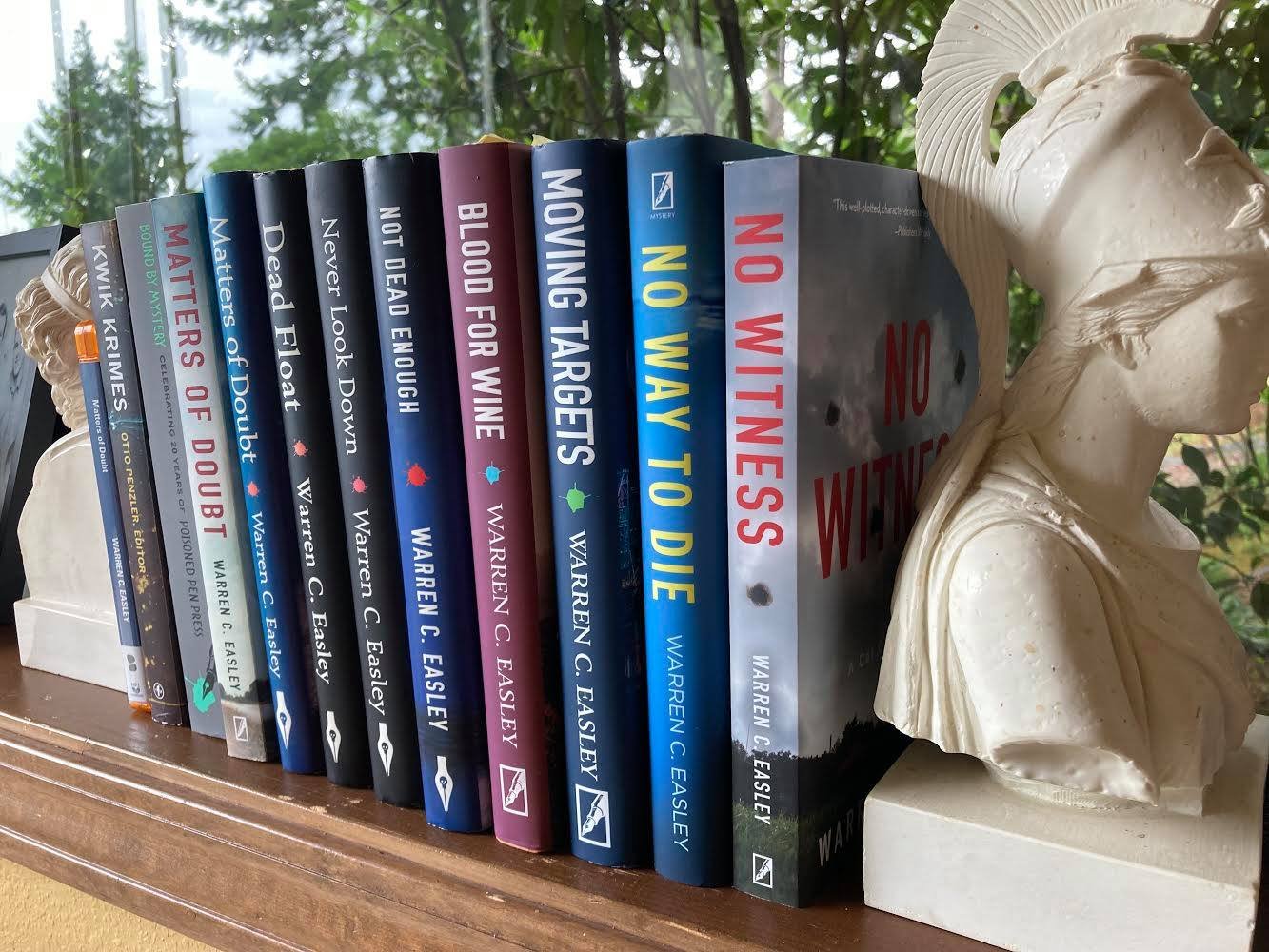 Formerly a research scientist and international business executive, Warren C. Easley received a Kay Snow Award for fiction in 2012 and was named the Northwest's Up and Coming Author in 2017, both honors bestowed by Willamette Writers. His fifth Cal Claxton book, Blood for Wine, was shortlisted for a Nero Award in 2018, and the eighth, No Witness, earned him the 2022 Spotted Owl Award from Friends of Mystery for the best mystery novel by a Pacific Northwest author.

Warren lives in Oregon with his wife Marge, and his love for the state is evident in his Cal Claxton Mystery Series. He's an avid hiker, skier, and fly fisherman, but his main exercise involves keeping up with his Australian shepherd, Archie - namesake to Cal Claxton's beloved companion in the series.:

Check out this Strand Magazine interview with Warren that has more about the  series and his approach to writing mystery novels.

And here's a video interview for Friends of Mystery after Warren won the 2022 Spotted Owl Award.

Praise for the series

MATTERS OF DOUBT "Not only has Warren C. Easley created an infinitely likable protagonist in Cal Claxton (and his equally memorable friends and associates) and a palpable sense of place with his atmospheric rendering of Oregon, but his skillful, sensitive handling of timely social issues elevates the novel beyond escapist fiction." - John Valeri, Criminal Element "Warren Easley has created a character you can root for - a man who has experienced loss but still believes in a better future, a lawyer who vigorously pursues justice for the most vulnerable clients. Matters of Doubt proves that legal thrillers can indeed be thrilling." - Alafair Burke, New York Times bestselling author "A fast, fun read with a fascinating defendant and our hero, Cal Claxton, a small town lawyer who risks his life to solve a big-time cold case." - Phillip Margolin, New York Times bestselling author

DEAD FLOAT "A fast-paced, tightly woven who-dunnit that kept me guessing to the end. Easley's vivid landscapes and well-drawn characters evoke comparisons to James Lee Burke, and Cal Claxton is as determined and resourceful as Burke's Dave Robicheaux." - Robert Dugoni, New York Times bestselling author "Dead Float starts with a man's throat cut ear to ear and Claxton's fishing knife found nearby, and gathers momentum like the midnight freight trains nearby. As a Deschutes River afficionado myself, I'll never listen to those lonesome whistles again without thinking of this story, and thanking the stars it was only fiction." -Keith McCafferty, bestselling author of the Sean Stranahan thrillers "When someone tries to drown Cal, he uses his fishing skills to good advantage. What a showdown finish! Easley's folksy style belies an intense drama revolving around corporate greed and espionage. The second outing for this action-packed Oregon based series succeeds in quickly bringing readers up to speed..." - Library Journal

NEVER LOOK DOWN "Never Look Down is an impeccably crafted novel that hits every note. Memorable characters, a unique plot, and a wonderful sense of place. By all means, get this book and settle in for a great read." - Phillip Donlay, bestselling author of the Donovan Nash thrillers "If you haven't read Warren Easley, you should. Right now. In Never Look Down, the prose is smooth, the characters are nuanced, and the story resonates." - Mike Lawson, award-winning author of the DeMarco Series

NOT DEAD ENOUGH "Masterfully crafted, this tale of greed, deception and revenge has an added benefit - the stunningly beautiful descriptions of the lush landscape of Oregon's Columbia River country. Easley's characters bring enough complex complications to keep you reading long after regular bedtime." - Anne Hillerman, New York Times best-selling author "I like the setting...Plus Easley drops in some nice, laidback humor. And I can only bow my head in respect for the way Easley handles the romantic relationship, something series writers struggle with all the time, myself included. Recommended." - Dana Stabenow, New York Times best-selling author "Absorbing...Easley skillfully blends fact and fiction in this tale of cultural conflict, politics, and murder with a likable hero at its heart." - Publishers Weekly

BLOOD FOR WINE (Nero Wolfe Award finalist for 2018) "Warren C. Easley blends my favorite subjects - wine, food, a really cool dog, and, of course, a murder - into a tasty thriller set in Oregon wine country. With more twists and turns than a rainswept coastal road, Blood for Wine is the fifth in this series with a tantalizing backlist waiting for me to get my hands on. It promises to be a mystery maven's haven." - Bookreporter.com "I've been a fan of Warren Easley's Cal Claxton series since I read his first book, and they've gotten better with age, like the fine wine at the center of this complex novel of suspense. If you enjoy wine and a really good mystery, Blood for Wine is a must read." - Phillip Margolin, New York Times bestselling author

MOVING TARGETS "With Moving Targets, Warren Easley delivers another hum-dinger of a tale featuring the City of Roses. But there's so much more to like about this story than just its evocative Portland setting. Cal Claxton is a guy worth rooting for, and the gang who aid him in solving the complex and dangerous mystery involved are a fun bunch to follow. If you're not familiar with these gems out of Oregon, now's the perfect time to give Warren Easley and Cal Claxton a try. You won't be disappointed." - William Kent Krueger, award-winning, bestselling author of Ordinary Grace and the Cork O'Connor series "Intelligent dialogue, evocative descriptions of the Oregon landscape, and sly pokes at the current cultural climate make this a winner." - Publishers Weekly

NO WITNESS (Winner of the 2022 Spotted Owl Award) "Easley celebrates a loving family’s resilience and the power of good people working together. He should win new fans with this one." - Publisher's Weekly "Cal Claxton mysteries work because Cal Claxton is a reliable character. Readers know he is solid, dependable, and determined. He has a strong sense of community responsibility and is predictable within a specific framework of conditions. Cal’s sense of justice and accountability is dominant; every book is compelling yet comfortable, unknown yet familiar. I received a review copy of “No Witness” from Warren Easley, Sourcebooks, and Poisoned Pen Press. I recommend the entire series and suggest eating toasted Dave’s Killer Bread with chunky peanut butter while you read." -Amazon reader Vine Voice